The Seahawks have 59 players listed on their Rookie Mini-Camp roster (via Tony Drovetto of Seahawks.com), and it consists of the nine draft picks from the Seahawks' 2014 class, the nine UDFAs they signed directly after, plus 11 non-rookies who are still eligible to participate (practice squad guys from last year, injured reserve guys from last year). A further 20 undrafted rookies are at the VMAC on a tryout basis this weekend.

I broke down a good chunk of Seattle's draftees and UDFA signings already, but some of the names you might not have seen or heard yet include:

Here's the roster. More analysis to follow once we find out more on which players stand out. 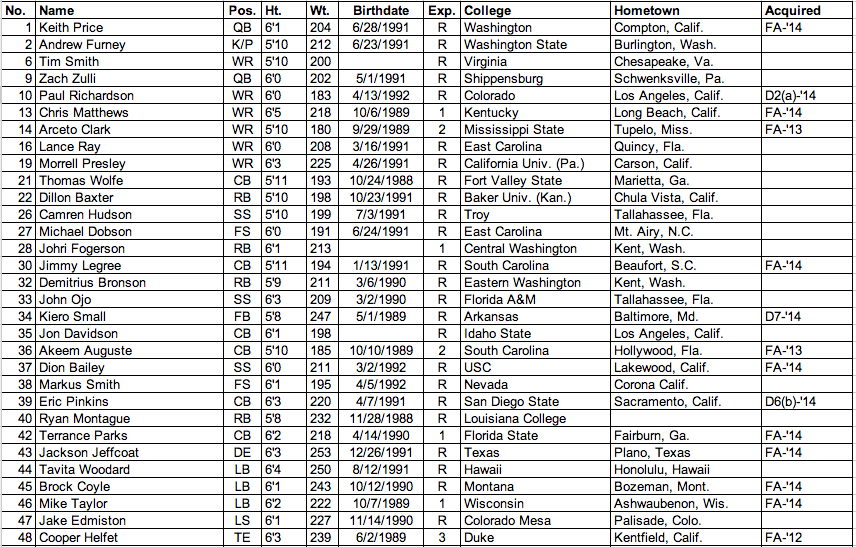 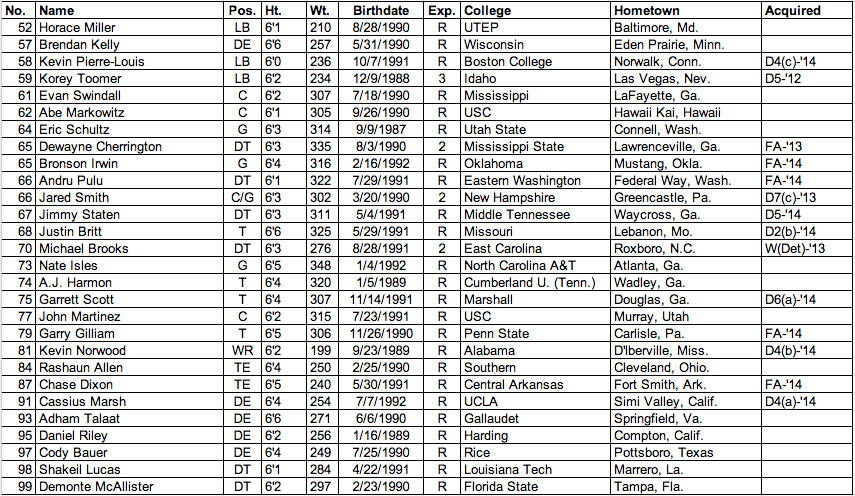