With our beloved Seahawks on a bye this weekend, there should be plenty of time for you to ponder these picks.

For the second straight week I'm going as close to my gut as I can, it worked out well last week - yielding me a 10-3 record. Let's see how this week looks shall we?

Snooze. Bet this game looked like it'd be a good one when it was scheduled for Thursday night.

Both these teams are incredibly inconsistent, and regular reminders that betting NFL games is really hard. I get a lot of crap from some guy who shows up once a week to make sure I'm picking enough upsets, he's not going to like this one.

As much as I would love to pick the Steelers, I can't. Their running game has been bad, they're on the road. There's really so very much they don't do well. I'm not saying the Browns are much better off... but they're at home.

Here's to hoping the Browns don't fake field goal themselves out of a 7 point lead in the fourth quarter.

Panthers are the closest thing I can think of to my Seahawks. A very good defense, with an offense that occasionally feels like it's lacking. The truth is the defense is only allowing a point for every 22 yards of offense gained, second only to Kansas City's 24. Basically this means they're keeping opponents scoring drives to a minimum. It's a fancy stat that I've always kind of liked, but never find good reasons to talk about. Second truth is that the offense is actually doing a good job of maximizing it's possessions and turning them into points.

Seahawks fan's should be hoping they're not up against Carolina in the playoffs, at least not before they've had a chance to battle the Saints for what would be a third time this season.

Ugh, Rams favorited by one point... What am I even supposed to do with this? The Bears needed overtime and a two hour break from Mother Nature to get it done against the Ravens. Saint Louis is the better team, and at home.

A fake field goal with a four point lead? From inside the ten? Near the end of the fourth quarter?

All that being said...

No Aaron Rodgers? No problem! (I think I've uttered those words before)

The Vikings aren't the team to take advantage of the Packers' current predicament. With Green Bay still fighting to stay in the playoff race while A-Rod handles steroids hearings in New York heals up, I imagine they won't be lacking effort.

I'm done with the Texans. Done with 'em.

They're playing the Jaguars, at home.

A buddy told me he thought the Chiefs could finish the season with just 10 wins. That's insanity.

They'll get there this week I bet ya.

Cardinals favorites at home against a previously beloved Colts team.

Hmm... this is a tough one to pick, right? On one hand the Colts have shown they can beat ANYBODY. On the other, hand the Cardinals just beat - hold on while I google it - the Jaguars.

Hmm... there's ten home favorites this week. Probability says one or two should lose. I'm guessing the Cards are one of them.

Raiders at home, coming off a win.

THIS is this week's upset. The Giants have preyed on crummy quarterbacks lately. Romo isn't that guy. I think this one won't be close enough for him to throw away at the end.

What a boring game.

I can't think of three2 quarterbacks I dislike more than Manning and Brady. I'll watch though, in hopes that my least favorite coach falls for a second straight week.

The 49ers offense has had it's fair share of trouble lately, Kaepernick has looked less effective overall. They did lose by just three points to the Saints last week though, in New Orleans at that, so things can't be all that bad.

They need this win to stay in contention in the NFC West. I think they get it, over a Redskins team that is what we all thought it'd be last year.

A team with a porous defense, and exciting yet inconsistent skill players on offense.

1 The Indy offense hasn't been as effective without Reggie Wayne, I'm simply hoping they work that out.

2 The two quarterbacks I hate more than Brady and Manning? Kaepernick and Manning, the younger more goofy looking Manning. 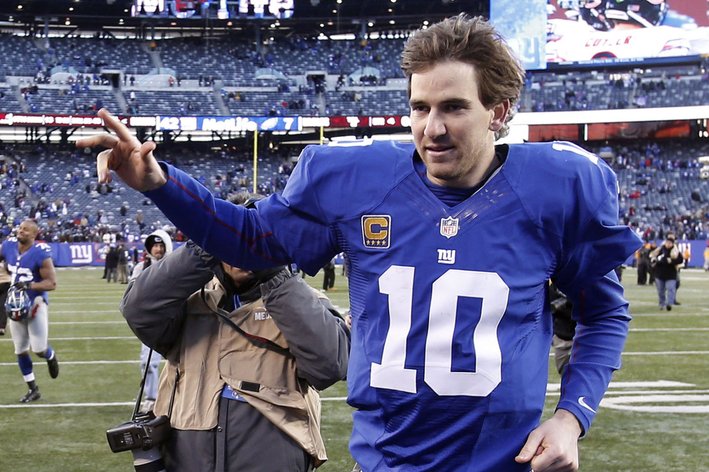 I'm Luke. I do a weekly show every Friday here on FG called "Twelves Company" and I reside on twitter. Get at me any way you'd like!