Breaking down the Seahawks' offense by NFL Draft year

Share All sharing options for: Breaking down the Seahawks' offense by NFL Draft year

Yesterday, I put together a chart that broke down the current Seahawks' offense by age and salary cap number. Today, I wanted to give you a better idea of how the Seahawks' offense is built by original Draft year. This chart illustrates clearly that this is a very young team. 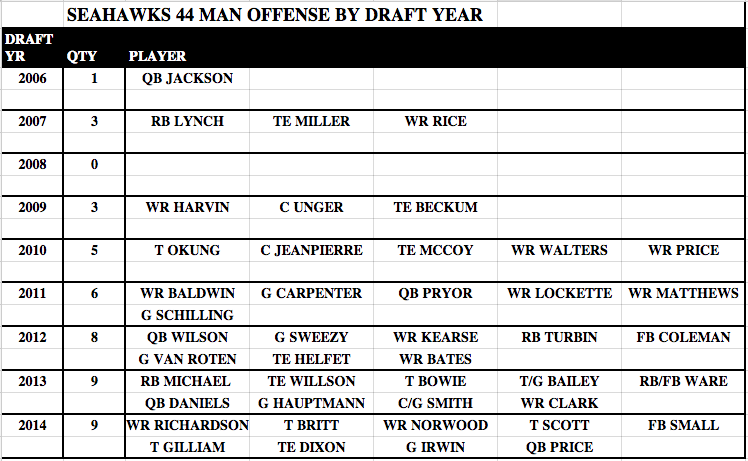 I also did a chart below, showing 21 players that I thought were locks (in yellow). This is just a rough estimation so don't get too caught up with my picks, but it does show how insanely difficult it may prove to be to make this roster. By my estimation below, barring injury, I see 23 players battling for four spots (if Seattle goes with 25 total on offense). 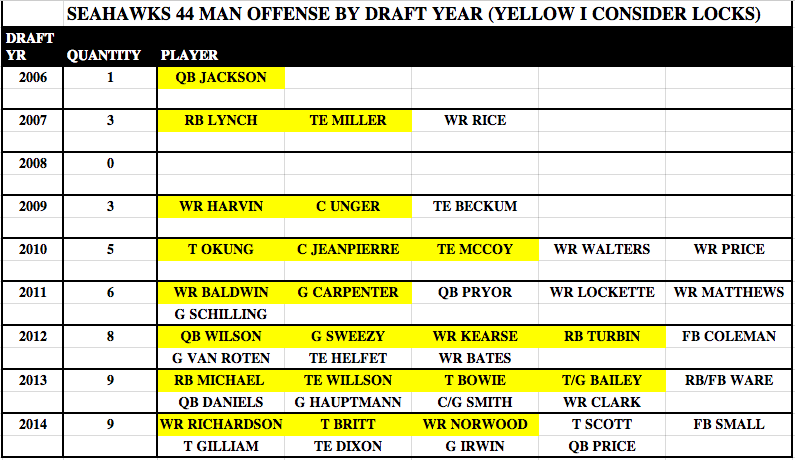 With the thought that a good group of players will inevitably be released in mind, let's take a look at the Seahawks' potential practice squad.

Here are the rules:

The players that I believe have practice squad eligibility are (THIS IS UNOFFICIAL):

Guys that can't be on the practice squad, I believe:

Possible practice squad eligibility (I am not sure): 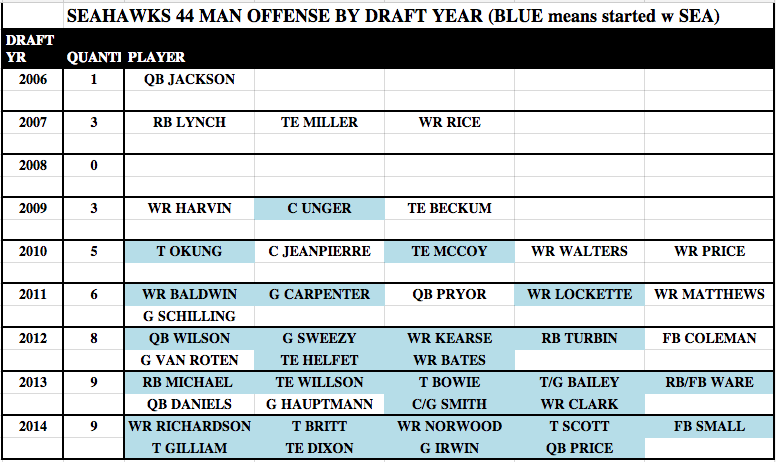