There is a reason for, and a solution to, Seattle's dismal Monday night offensive performance.

Russell Wilson was sacked a season-high 7 times by the St. Louis Rams on Monday Night Football. But it's not as bad as the stat line suggests. In fact, it's worse. Wilson was hurried and hit on many non-sack plays; and with just 25 dropbacks, the Rams' sack percentage is a mind-numbing 28%.

Seattle recorded just 7 first downs and 135 yards of total offense in the win, causing advanced analytic models everywhere to curl up in the fetal position and cry for mercy.

But these things happen, right? There are undoubtedly multiple issues and non-repeatable random factors. There's no need to point the finger. And we absolutely shouldn't oversimplify things. Right?

This is America. This is the NFL. We are sports fans.

Someone is to blame.

They all we got

One criticism drifting among Seahawk fans is that our current backups (and even some starters) "aren't getting it done", and, therefore, the front office should have "done something."

But we have become a bit spoiled by Pete Caroll and John Schneider's ability to acquire talent that has been overlooked by other teams. They've found ways to utilize the strengths of an oversized strong safety, too-tall cornerbacks, a short wide receiver, a lightweight defensive end, and an undersized defensive tackle (Chancellor, Sherman/Browner, Baldwin, Clemons, and Bryant).

This doesn't work for an offensive lineman. When pass blocking, a player is at the mercy of the opposing rusher's strength. What's more, the necessary timing can only be demonstrated against a live opponent at full strength and full speed.

And what's true for evaluation is doubly true for development.

There are no tricks, no hidden treasures, no developmental techniques that can give a team a leg up in acquiring quality blockers. You just gotta pay for them.

Seattle has $14 million of its cap currently paying offensive linemen who were acquired in, or kept from, free agency (Giacomini, McQuistan, and Unger). Along with the contracts for Carpenter and Okung, that's $25.5M, about 22% of the current cap spending (excluding dead money). In four drafts, Carroll and Schneider have used 3 out of their highest 8 (first and second round) draft picks on the offensive line.

They all we need

Another popular choice for scapegoat-of-the-week is Tom Cable. He is, after all, the offensive line coach.

The defensive rankings from Advanced NFL Stats are similar (5th, 14th, and 19th; and 25th for the Rams).

In the three previous games, Seattle gave up a sack on 7.1% of dropbacks. Lynch and Turbin averaged 4.5 yards per carry and just over 100 yards per game. Wilson passed for 222 per game.

Clearly, the offensive line can. This is Cable's responsibility.

"We tried a million different things"

... said Pete Carroll in the post-game presser. What he didn't add was that they quickly scrapped anything that seemed to work.

Seattle ran the read option on their second possession, with Marshawn Lynch gaining 16 yards (nullified by an unnecessary holding penalty). Of course you can't use this on every play. But there's no reason not to run it more than once.

On their fourth possession, Wilson ran a designed keeper and scampered for 17 yards. And he did not get hit. Excluding plays on the opponent's goal line (where the compacted defense changes everything), there were no more desgined runs for the quarterback.

Russell Wilson was sacked repeatedly in the pocket. I recall seeing exactly one rollout. Like everything else, a rollout or a bootleg can be defeated if the defense anticipates it. But it won't work if you don't try it, and the opposing defense won't have to anticipate it if you never use it.

Pressure came consistently from the defensive ends beating tackles on the outside. This is easy to constrain with a running back or tight end who chips the defensive end before releasing into his route. Again, it works if you mix it up. Replays on ESPN showed the backs and tight ends repeatedly going into long routes without bothering to chip, leaving Wilson to get sacked or hurried into an incompletion.

Last year, Seattle scored go-ahead touchdowns against both the Patriots and the Vikings on a two-man route. That's two receivers going out for a pass and eight guys blocking. On the deep touchdown to Tate against the Rams, there were seven players assigned to block (and block only; no chips into routes). Seattle has been very successful using max-protect: it complements Wilson's deep ball skills and provides him more lateral room to scramble in the backfield if needed.

And here's another, slightly crazy idea: Run the damn ball. Even if it's not working very well, you're at least beating up on the opposing defense instead of letting them beat up on your quarterback. Seattle handed the ball off to a running back just 12 times on Monday night, netting 28 yards with an average of 2.33 yards/carry. For comparison, Seattle's first 12 passing plays produced a net of 20 yards, or 1.7 yards per dropback. After 19 passing plays, Seattle had netted exactly 1 yard of passing (with yards lost to sacks), for an average of 0.05 yards per dropback. Mathematically, the running game to that point was 44 times more effective.

Two of those running back plays were an attempt to gain punting room with Seattle backed up against its own goal line. Seven of them came on 1st and 10. Which leaves just three handoffs in non-obvious situations. Which leads us to the biggest problem:

Bevell is too predictable

A week ago against the Cardinals, Seattle faced 2nd and 1 at the Cardinals' 43-yard-line. Bevell called three consecutive running plays and Seattle turned it over on downs.

He displays the ignorance and arrogance of a coach who refuses to engage in strategic optimization because "our defense should be able to make a stop here", then comes back the following week facing the same situation in reverse and claims that "our offense should be able to convert here". NFL football is damned competitive. It is insufficient to have superior talent and good execution if you're going to hamstring your players with bad play calls.

Darrell Bevell is like a man playing rock-paper-scissors, but with Seattle's superior talent he has a "cheat": his rock crushes an opponent's rock. Over the course of many plays, this cheat should guarantee victory. But if you keep calling rock, eventually a smart guy like Jeff Fisher is going to call nothing but paper and hand you your ass.

I compiled a spreadsheet of every offensive play Seattle has ran this year to examine Bevell's tendencies. I threw out the last three minutes against San Franciso (running out clock with a 26-point lead) and the Tarvaris Jackson garbage time against the Jaguars. I also eliminated plays inside an opponent's 10-yard-line, where the compressed field changes the dynamics.

For the season, on second down with 1 or 2 yards to go, Seattle has run the ball 6 times and passed just once. Not only is that a wasted opportunity, but Bevell's tendency to trot out the jumbo package ("we should be able to convert") has made it easy for opponents to respond. Just half of those runs converted a first down.

On 3rd and 4th down, with 1 or 2 yards to go (again excluding plays inside the opponent's 10-yard-line), Bevell has looked terrible:

It looks like he's at least mixing it up, but those who've watched the Seahawks know that almost all of these plays were run out of a tight, heavy formation with no threat downfield. The two successful passes went for just 4 and 7 yards. Opponents are being allowed to bring the entire defense forward and play with goal-line tactics, ignoring the field behind them.

By contrast, Seattle has converted 3/5 passing attempts on 3rd and 7. These three passes went for 24, 8 and 14 yards. When passing on 3rd/4th down, with between 3 and 7 yards to go, Seattle has made 13 successful conversions. Despite a low overall conversion rate, eight of the successes-- 62%-- were at least 6 yards more than the line to gain. Stretching the field works when Seattle is forced into it, but Bevell won't do it otherwise.

Seattle has faced 3rd/4th down with between 3 and 7 yards to go 38 times (again excluding plays inside the opponent's 10-yard-line).

I picked 7 yards as the upper boundary because that's where the potential for running starts to fall off. Runs from further back tend to be "give-up" plays. So before we go any further, let's look at how often Seattle's running backs reach a certain mark:

Got that? Now, let's look at what Bevell has called on 3rd/4th down, and how Seattle has fared:

Yeah, that's not a misprint. In 38 situations (with 3-7 yards to go on 3rd/4th down), Seattle has handed off the ball zero times. Oh-for-thirty-eight. Despite the fact that the running success rate (based on other runs) is equal to the actual passing success rate at 3 yards, and significantly greater at 4, 5 and 6 yards.

Does Darrell Bevell think that Jeff Fisher is incapable of reading a stat sheet?

What would you do with a coach who responded to injury by waving around a voodoo doll, chanting a spell, and then telling the injured player to get his "cured" self back onto the field?

Bevell's inability to understand game theory and predictability makes him unfit to call plays. Whatever other value he provides the team, he should at least be stripped of those duties and assigned book reports on Clausewitz and Sun Tzu.

In the meantime, you can replace him with these: 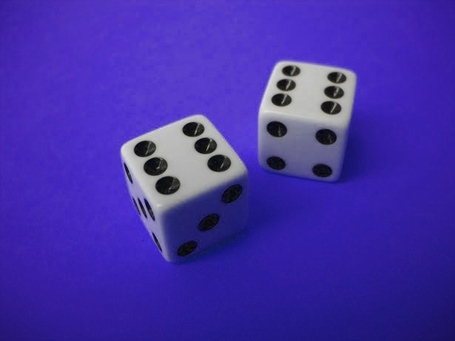 EDIT, NOTE: jhmg16 has posted a comparison of Seattle's situational running in 2011-2012 and several other teams' 3rd-and-medium rush percentage in 2013.