For whatever reason, the last few times the Seahawks have played big-time games in primetime at the CLink, the weather around the stadium gets all creepy and brooding and spooky and whatnot. The vultures (seagulls) start circling the south end of the stadium and it almost feels like they know something that you don't know. Something sinister is about to happen.

2013 Week 13: Saints at Seahawks, Monday Night Football. A crisp 37 degrees with the windchill, and a baleful orange-hued cloud-cover settled over the stadium just prior to kickoff. 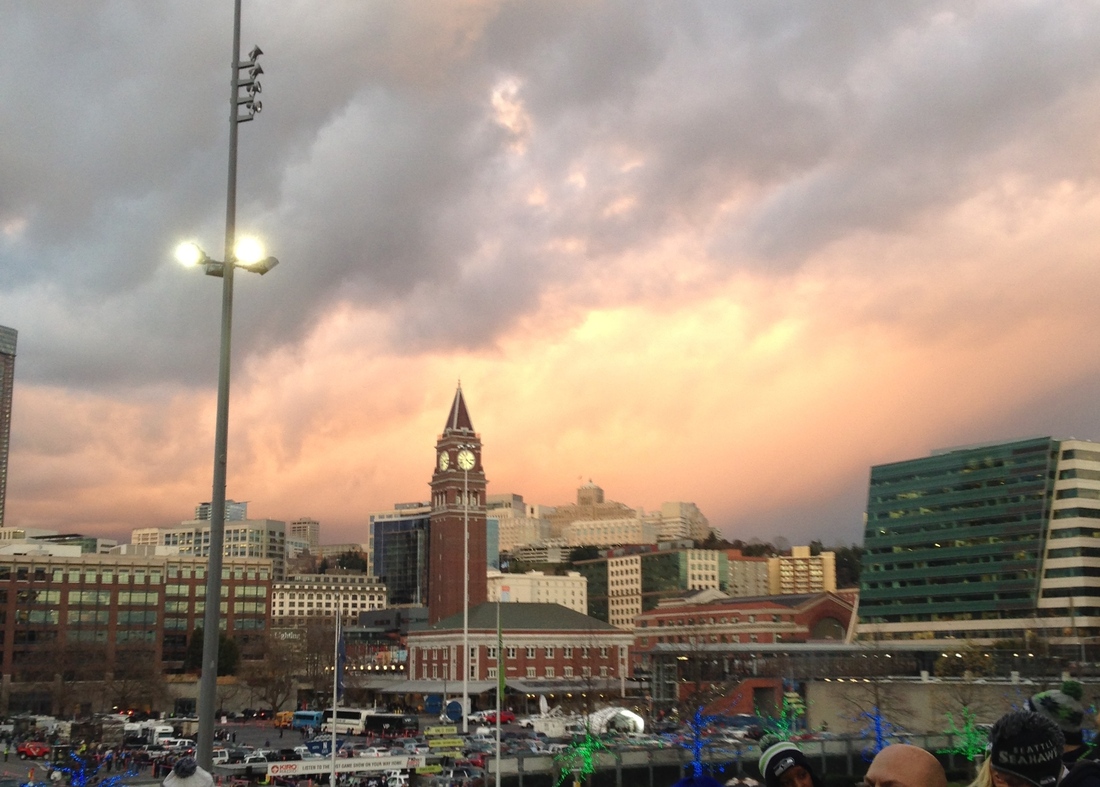 Mid-way through the game, a biting cold rain fell but I'm pretty sure no one felt a thing. 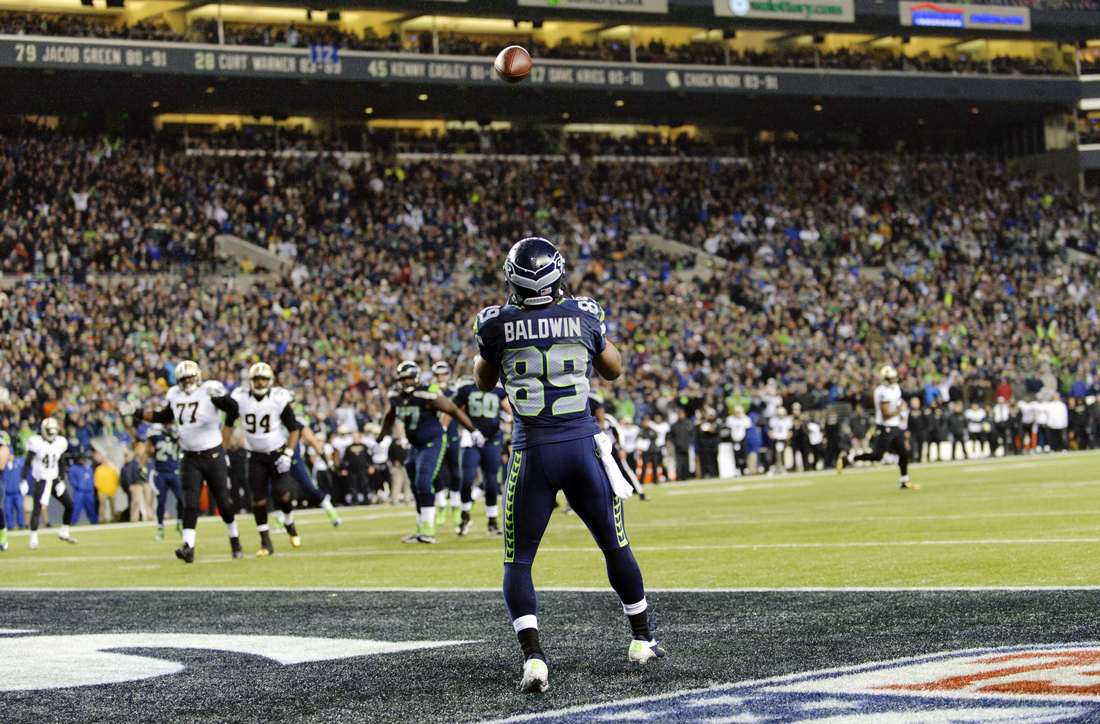 2013 Week 2: Niners at Seahawks, Sunday Night Football. Temperature in the 60s, with a low-hanging fog prior to dusk giving way to a threatening reddish-tinged cloud cover and light rain during the game. 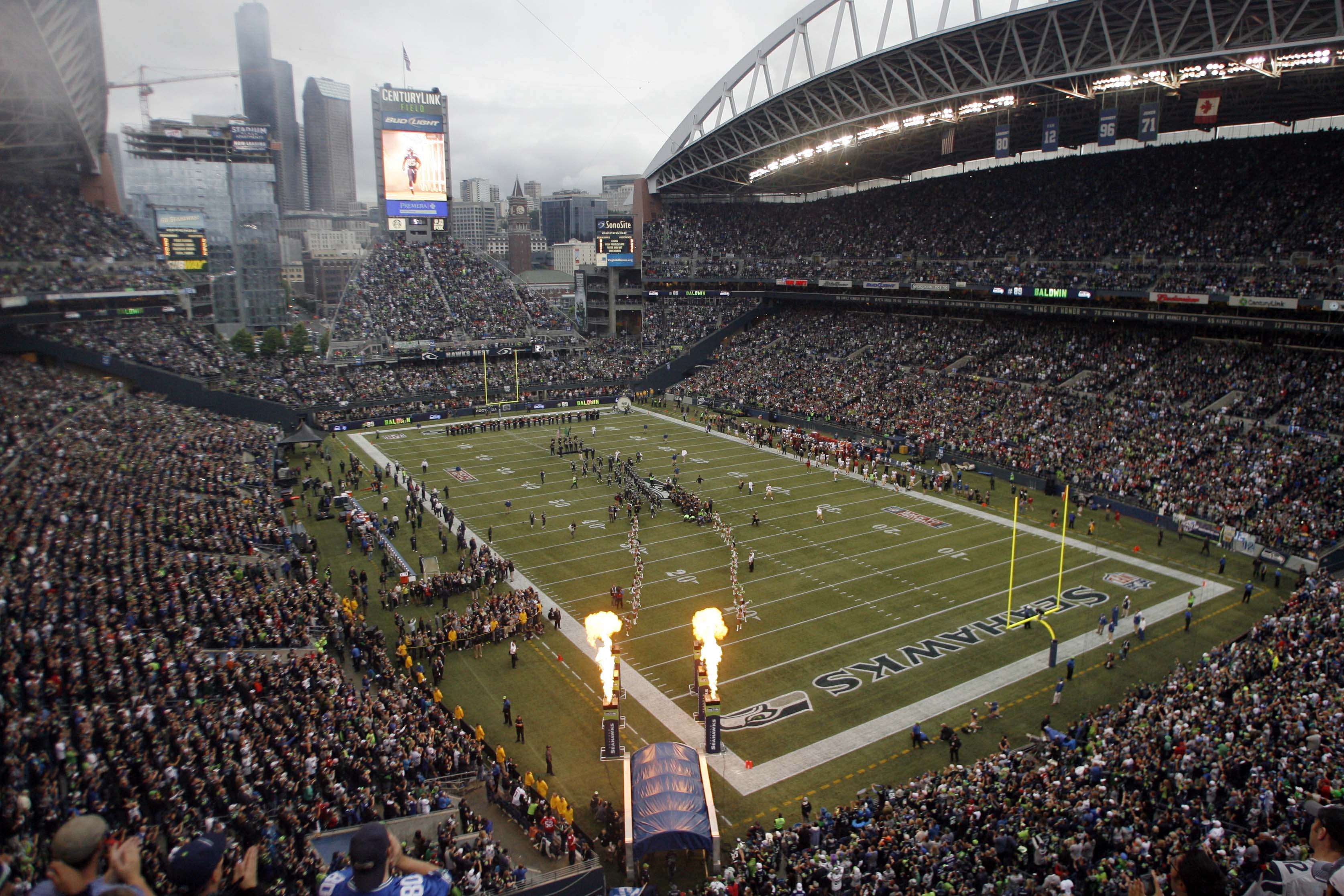 Not too far in, the game was delayed for nearly an hour when this shit happened: 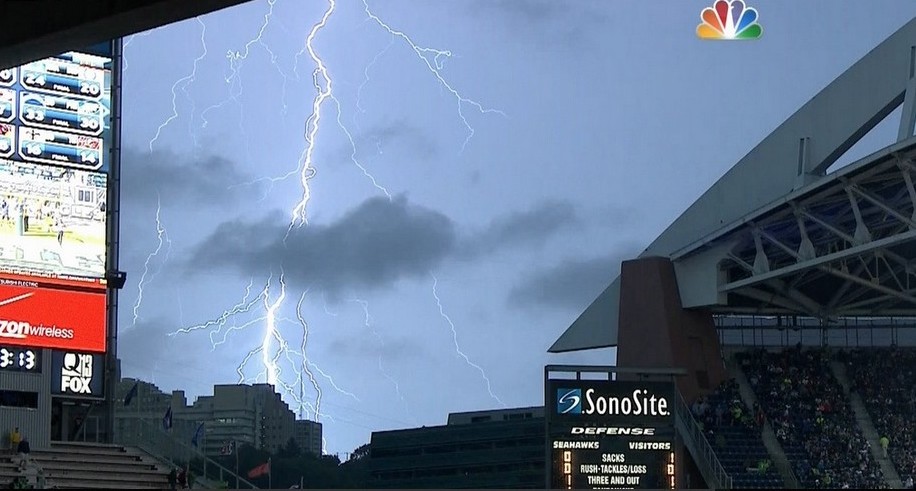 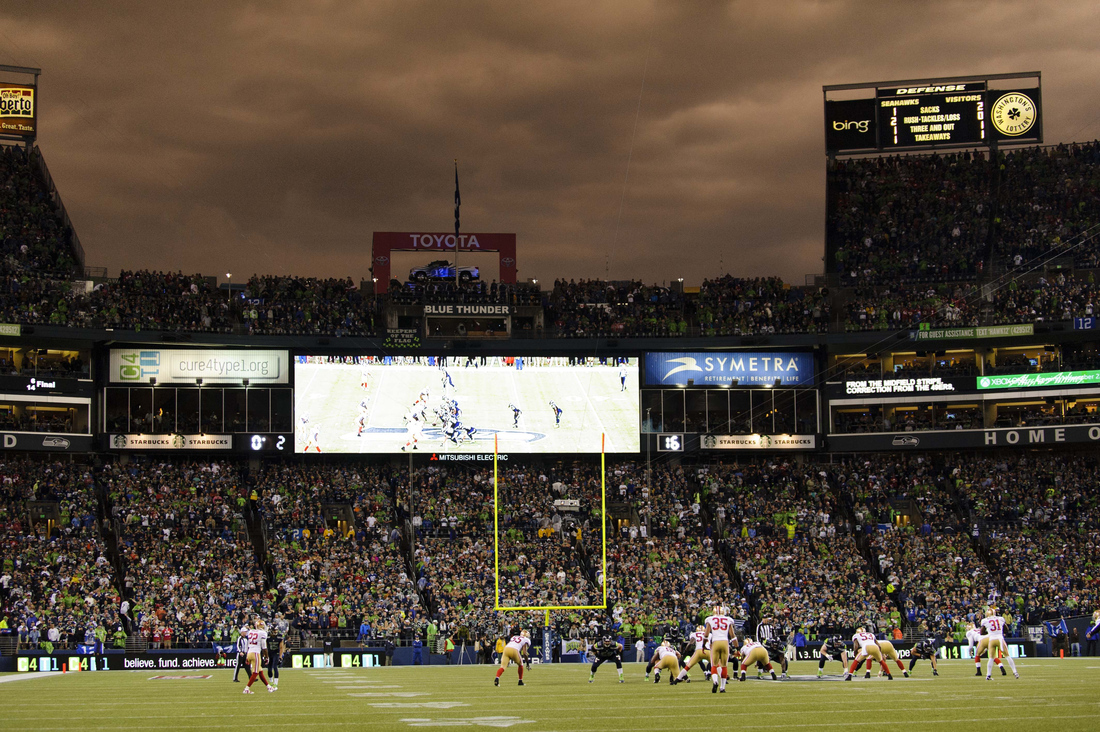 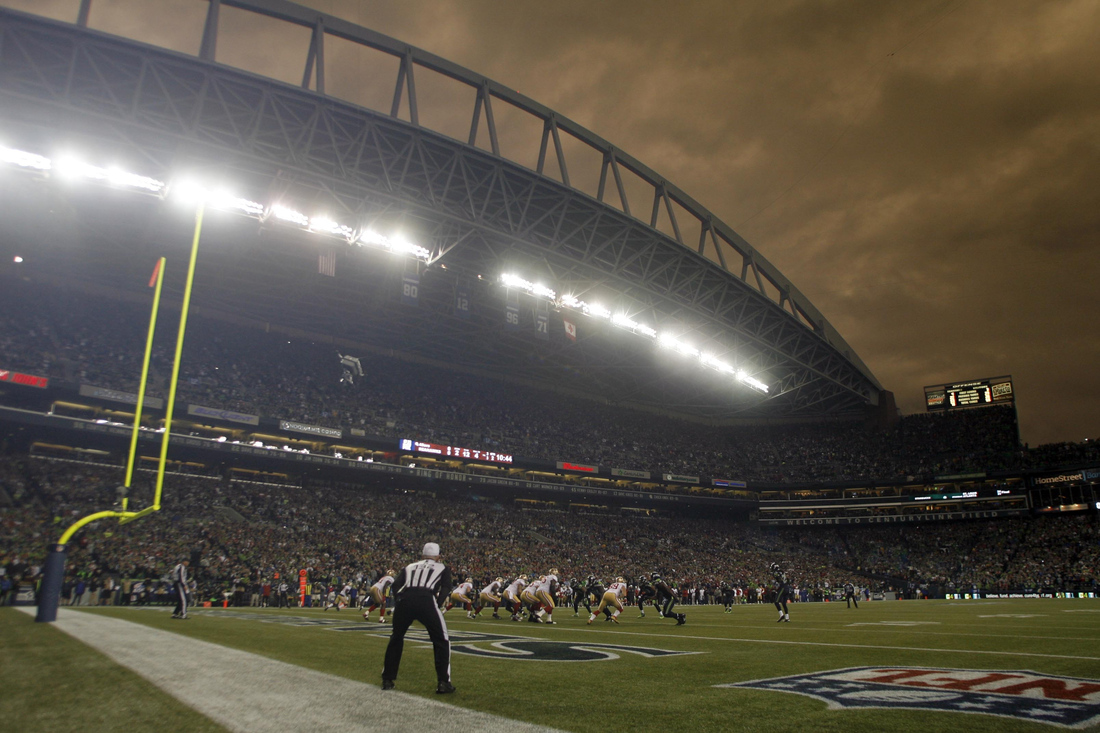 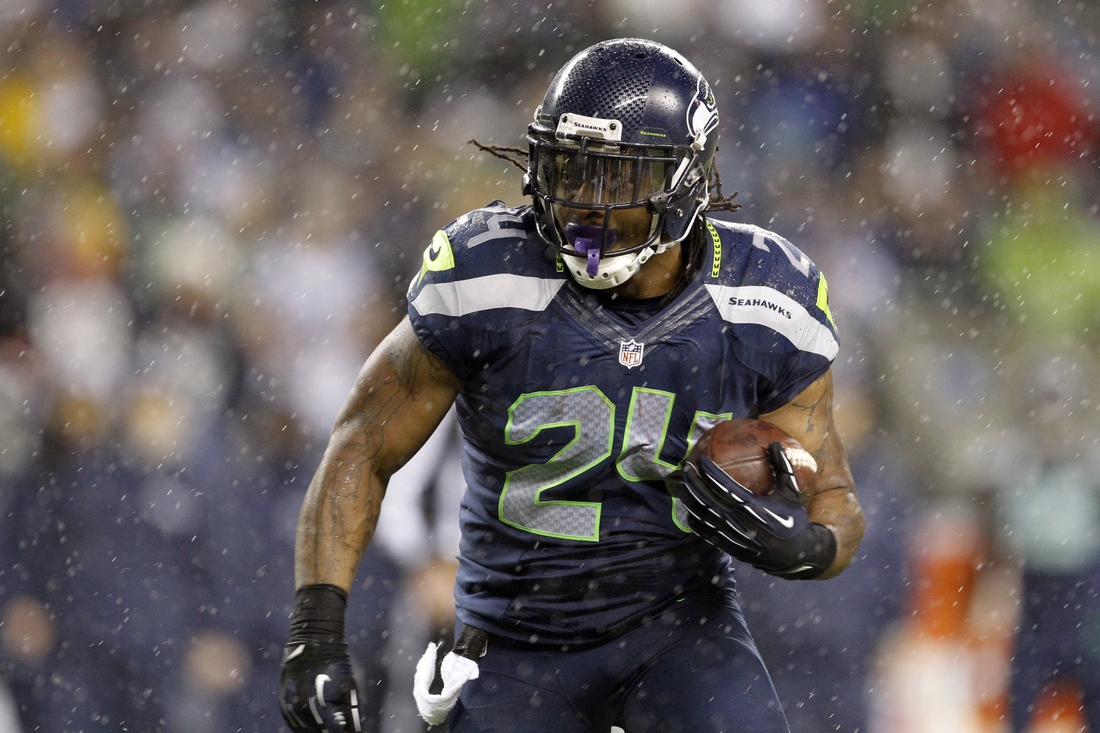 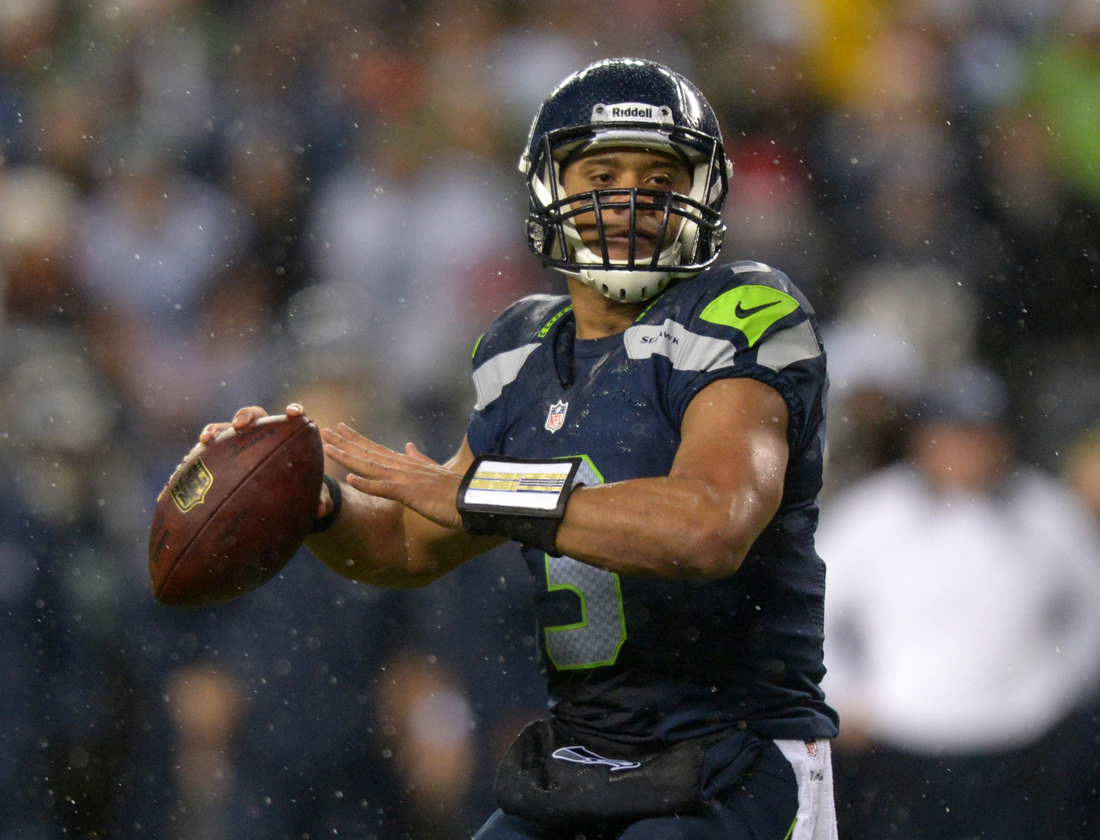 Seattle plays a day game on Saturday, but per a National Weather Service Special Weather Statement, a fell wind shall descend upon CenturyLink Field Saturday at just around gametime.

Per that report, (h/t to mlathrop3)

...A STRONG FRONTAL SYSTEM AND DEEP LOW WILL PRODUCE A VARIETY OF WEATHER HAZARDS ACROSS WESTERN WASHINGTON FRIDAY NIGHT THROUGH SATURDAY NIGHT...

A DEEPENING LOW PRESSURE SYSTEM IN THE CENTRAL PACIFIC WILL RACE EASTWARD AND MOVE ACROSS WESTERN WASHINGTON ON SATURDAY. THIS STORM WILL BRING A VARIETY OF HAZARDOUS WEATHER CONDITIONS TO WESTERN WASHINGTON FRIDAY NIGHT THROUGH LATE SATURDAY OR SATURDAY NIGHT.

HEAVY RAINFALL WILL MOVE INTO THE LOWLANDS LATE FRIDAY AFTERNOON AND CONTINUE THROUGH MIDDAY SATURDAY.

IT WILL GET QUITE WINDY FRIDAY NIGHT THROUGH SATURDAY WITH A LOW PRESSURE SYSTEM MOVING INTO VANCOUVER ISLAND. BUT THE STRONGEST WINDS WILL LIKELY BE SATURDAY AFTERNOON AS THE LOW MOVES BY TO THE NORTH OF THE AREA. MOST LOCATIONS ACROSS WESTERN WASHINGTON WILL SEE 20 TO 35 MPH WINDS WITH GUSTS TO 45 OR 50 MPH.

WHILE IT LOOKS LIKE IT WILL GET QUITE WET AND WINDY THIS WEEKEND...THERE IS STILL QUITE A BIT OF UNCERTAINTY ON HOW STRONG THE LOW WILL BE AND EXACTLY WHERE IT WILL TRACK. IF THE THREAT OF HAZARDOUS WEATHER INCREASES...THE NATIONAL WEATHER SERVICE MAY NEED TO ISSUE A VARIETY OF HAZARDOUS WEATHER WATCHES FOR PORTIONS OF THE AREA.

Hold on to your butts.