The Three Seasons of the Seattle Seahawks: The Good Season

Share All sharing options for: The Three Seasons of the Seattle Seahawks: The Good Season

This is an exercise and does not attempt comprehensive accuracy. The idea is to explore positions and performances which may decline versus positions and performances which may improve, along with some thoughts on the NFC West, team health & depth, etc. I am limiting it to three so as not to be redundant. Seattle of course could finish 19-0 or conversely every player could suffer sudden onset gigantism tomorrow and be out for the season, leaving the team to finish a mere 8-8. But from the infinite possible outcomes this season, these are the three groupings of good or great or historic performance I think most possible. Obviously, too, some of the particular attributes of the thee seasons are interchangeable. 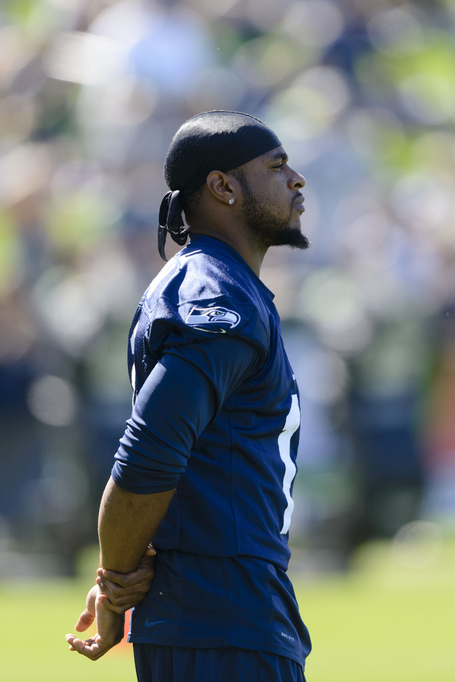 Percy Harvin: Allow me first to argue against Harvin being damned to the label of "injury prone." Harvin missed three games his first three seasons in the league, and all were due to migraines. He missed most of the 2012 season because of an ankle injury, but the specifics of that are somewhat sketchy. And he missed pretty much all of 2013, but recovering from surgery from a pre-existing injury. Now, maybe Harvin has central sensitization but let's say no for now, and no forever more until an actual diagnosis is given. What that history amounts to is good health through his first three seasons, interrupted by a since cured condition. An injury but a so far non-recurring injury to his ankle in 2012, and one that occurred amidst many other problems. And recovery from a surgery in 2013, which is recovered from and completely.

The "health is a skill" truism oft-repeated doesn't jive with me. Some players, specifically quarterbacks, can control how often they are smashed around but for everyone else, hard and potentially injurious contact is part of the game. However health is surely a talent, and more pointedly, health problems do seem to cascade. Knee injuries end careers, as do neck, back and brain injuries. Some people are more prone to concussions. Some people seem to have weaker tendons in their knees. Etcetera. And sometimes, as with former Jags wide receiver Jimmy Smith, injuries pile up briefly and then disappear. I think it is rational to say that might be the case with Harvin.

Should Harvin for whatever reason still struggle to stay healthy, the Seahawks offense will suffer. In trading Harvin for Golden Tate (in a roundabout way), Seattle greatly improved its potential but also heightened its risk. Harvin's a transformational force. His value as decoy and generalist receiver is hard to overstate. He carried Christian Ponder halfway through 2012, those eight weeks Ponder was considered a young franchise quarterback, and kicked Ponder's burning raft into the North Sea on his way to injured reserve.

And it wasn't just the value of passes but the viability of the passing game that eroded after Harvin was injured.

Average net passing yards in games Harvin was out:

Or a 608 yards decrease over a 16 game season. That season Vikings fans were championing Harvin as an MVP candidate. It's obvious enough why. Through nine games, Harvin amassed 36.7 extra points added through receiving. Over the sixteen game season, the Vikings passing offense totaled just 22.1 extra points added. Hitches, dump offs, slants and screens to Harvin, that was the passing offense and the necessary complement to Adrian Peterson's historic season. Peterson referred to Harvin as Michael Jordan-talented, and the Seahawks need that talent to become not a just an efficient and balanced offense, but an explosive offense that can win games on its own.

Two of: Earl Thomas, Richard Sherman, Kam Chancellor: This is sort of self-explanatory. Seattle lacks worthy depth at all three positions. I do not fear injuries to these players anymore than I fear injuries to any player, but this NFL football, and freak injuries happen. 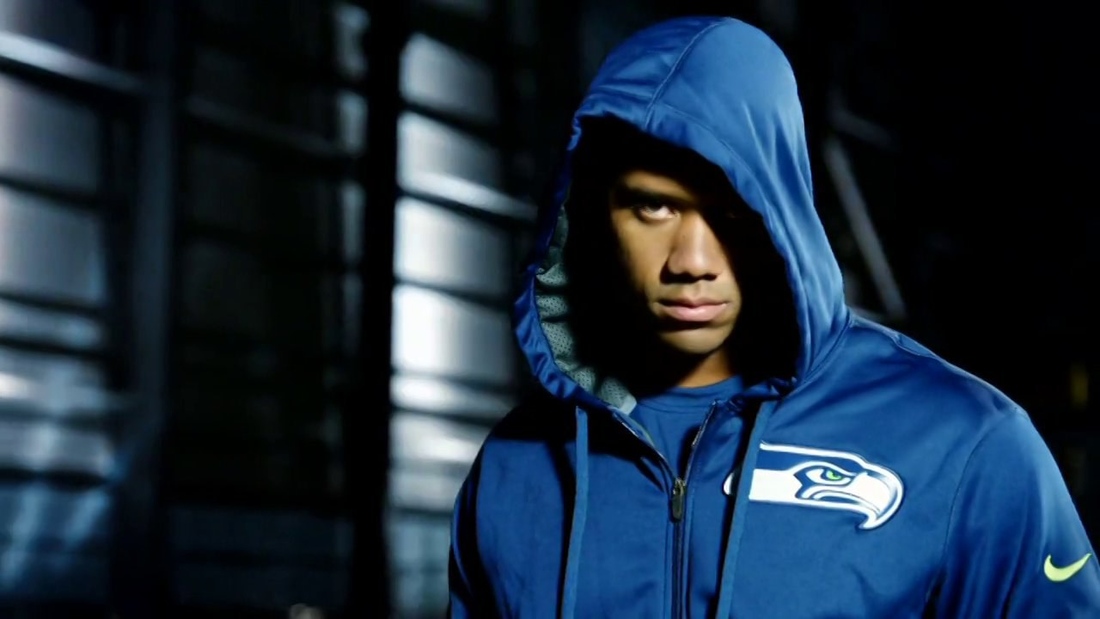 Russell Wilson: So how does a team lacking its best receiver, its best and most vital pass blocker, and two of its best and guaranteed irreplaceable defenders still compete for the playoffs and beyond? Russell Wilson. The NFL is not an arm-strength league or even, excepting the chronically wild like Terrelle Pryor, and accuracy league. Phillip Rivers for instance is effectively scattershot, not throwing passes regularly into his receiver's hands but only into his receiver's area (and thus why he favors/needs bigger receivers to throw to.) It is a league of mastery of an offense, eye-discipline, pre- and post-snap reads, and steady, disciplined receivers. The quarterback's role in that last quality is under-appreciated. Watch bossman Peyton Manning sometime and see his look when a receiver screws up. An earlier, more savage time, it would so shame DeMaryius Thomas he would draw and fall on his sword before Manning mercifully beheaded him. Watch super-brah Tom Brady sometime and see his disappointment when a receiver screws up. You can just feel the weeks of passive aggressive silence, sniping and neglect to come.

Wilson is that rare quarterback that inspires. With due respect to the small-stuff competence of Doug Baldwin, Jermaine Kearse and Zach Miller, Wilson's anticipation, accuracy and command of the huddle and offense maximize their abilities. Up to this season he has relied on peppering-in high-value improvisational plays to bolster an uneven, often station-to-station offense. The Super Bowl and this preseason suggest a new, complete quarterback has emerged, who makes consistently accurate pre-snap reads and consistently throws in rhythm. That's a long, long way from Week 1 of 2012. Watch for his completion percentage to soar above 65%, and his sack percentage to drop under 6%. He has been an MVP of sorts the past two seasons. This season, should all go wrong and Seattle collapse to becoming merely good, he merits and wins it.

NFC West Teams That Are Good:

St. Louis Rams: The last time Shaun Hill played significant snaps was 2010 when he replaced the then oft-injured Matthew Stafford. He played just a bit better than Stafford, and then retired to the extended fantasy camp that is employment as a backup quarterback: hanging with the guys, attending the meetings, standing on the sideline, and his own jersey and locker! Hill is a classic cipher quarterback. The offense runs through him like so many grains of rice. He's a pro's pro's pro--the kind of guy who probably edits in fishing stories on his Wikipedia page between team meetings. The assumption around greater football is that Sam Bradford was still developing and maybe into something special, and Hill is the embodiment of a season already lost.

That's probably not accurate. Apart from quarterback the Rams are very talented. Depending on the development and health of Greg Robinson, Roger Saffold and Jake Long, the line could be excellent. Two seasons ago, Kenny Britt looked like a franchise cornerstone wide receiver. The prowess of the defense and especially the defensive line is well known. If Hill is the Hill I remember in Detroit and those extra years of bumming around collecting checks hasn't eroded his edifice of mediocrity too badly, St. Louis could be that kind of pesky regular season team that steals wins against better opponents, not unlike the 2011 Seattle Seahawks.

Flow of the Season

Lots of close wins and losses and rarely either wins or losses piling up make for a captivating if frustrating season. Wilson's growth as a quarterback leads to some game-winning drives but the defense's decline leads to some should-a-been game-winning drives let slip away. The NFC West proves tough as a season ago, and Seattle is battle-hardened for a playoff run. Winning three games on the road propels the Hawks to an underdog Super Bowl berth, and the Seahawks continue their dynasty on the back of MVP Russell Wilson and his 500 yards of total offense. It's not salutary or celebratory and pack your antacids and anti-psychotics, but the ending's a motherfucker of a thrill ride and so damn worth it.